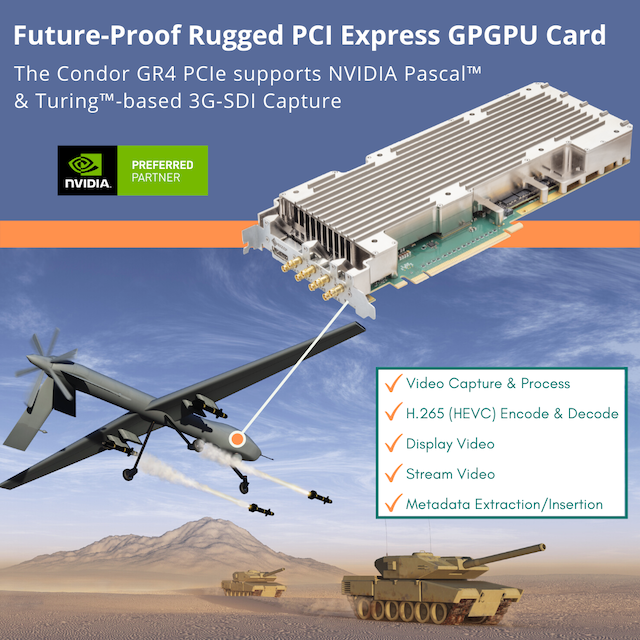 The Condor GR4 PCIe card is designed for use in rugged rackmount servers and workstations and to be deployed in airborne and naval surveillance programs. The high performance passively cooled 3G-SDI video capture and GPGPU board provides a single card solution to simultaneously capture, process, encode, decode, display, and stream video data in manned and unmanned rugged ISR applications.