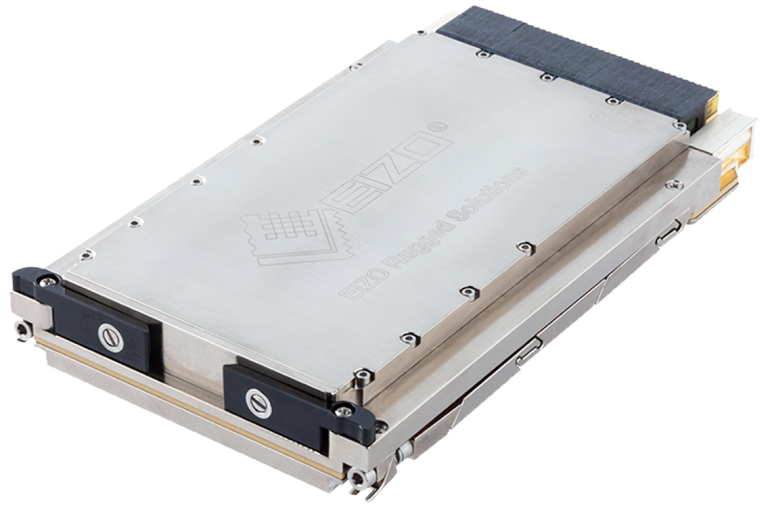 The Condor GR4-P3000 is a rugged 3U VPX form factor graphics/GPGPU/video capture processing card that is based on the NVIDIA Pascal™ architecture. This card uses the NVIDIA® Quadro® P3000 (GP104) GPU for advanced GPGPU computing and features four 3G-SDI inputs, four 3G-SDI outputs and one DisplayPort (4K UHD) output. It operates as an all-in-one solution for video capture, process, encode, decode, stream, and display. The Condor GR4-P3000 is a key component in High Performance Embedded Computing (HPEC) systems as this one device handles data and image processing from up to four sensors to perform activities such as image enhancement, image analysis, video stitching, remote sensing, and target acquisition, target tracking and several other data processing tasks.

This Condor GR4 card has 6 GB GDDR5 graphics memory, along with 1280 CUDA® cores and delivers up to 3.9 TFLOPS floating-point performance with CUDA™ and OpenCL™ support. It also takes full advantage of the NVIDIA GPUDirect™ RDMA to minimize latency for real-time video and data streaming. The board design is modular and allows for graphics performance upgrades in the future. The 3G-SDI I/O can be configured as HD-SDI & SD-SDI if required. The product supports PCI Express Gen 3 (8 or 4 lane) when mated with a compatible Single Board Computer (SBC). The card is available in air cooled or conduction cooled with thermally efficient heatsink technology and rear I/O.

This website uses cookies to improve your experience while you navigate through the website. Out of these, the cookies that are categorized as necessary are stored on your browser as they are essential for the working of basic functionalities of the website. We also use third-party cookies that help us analyze and understand how you use this website. These cookies will be stored in your browser only with your consent. You also have the option to opt-out of these cookies. But opting out of some of these cookies may affect your browsing experience. For more information visit out Privacy Policy page.
Necessary Always Enabled
Necessary cookies are absolutely essential for the website to function properly. This category only includes cookies that ensures basic functionalities and security features of the website. These cookies do not store any personal information.
Non-necessary
Any cookies that may not be particularly necessary for the website to function and is used specifically to collect user personal data via analytics, ads, other embedded contents are termed as non-necessary cookies. It is mandatory to procure user consent prior to running these cookies on your website.
SAVE & ACCEPT
Don't have an account yet? Register Now